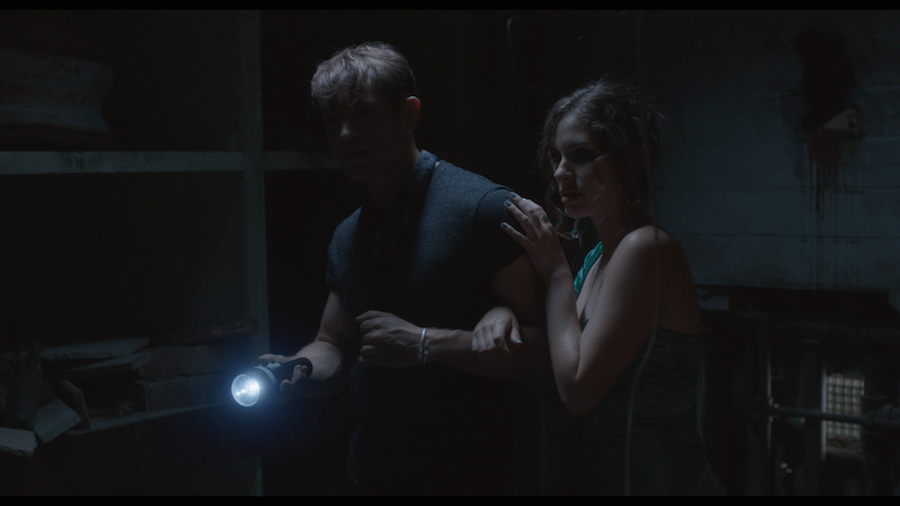 MPS is proud to have been a part of  The Honor Farm, shot right here in Texas and premiering this week at South by Southwest. Directed by Karen Skloss, The Honor Farm is a film about Lucy who’s failed prom night leads her on a mind-bending adventure in the woods where she finds herself on a haunted farm.

We reached out to Director of Photography and long-time friend, Matthias Grunsky, bvk, to get the inside scoop on the project.

“The Honor Farm was a very challenging project because of it’s small budget combined with mainly consisting of night exteriors in the woods and inside a ruin. Additionally, the sub-tropical climate of Texas brought us a lot of rain, which added another obstacle to cope with. Some of our locations got flooded over night and we had to change plans, among other things- i.e. move our condor to a different tree, in the last moment.”

“The majority of the night exteriors in movies I have done so far are set in cities, where you can use and build on existing street lighting. In this script, the only light sources are the moon and occasional flashlights, lighters and brief moments of fire. To tell this story, Karen and I wanted to go very dark to create a scary mood as the kids experience their journey into the woods, but it was also very important to us to do this in a magical and romantic way.”

MPS has worked with Matthias before on projects like Results, and Infinity Baby. For this particular project, we provided and ARRI ALEXA Plus which is great when working on low-lit scenes. Also provided were a set of ARRI Zeiss Master Primes which which offer high contrast and high resolution at high speeds.

On working with this equipment, DP, Matthias explained, “We had to do very precise balancing within the budget and with the equipment we could afford- MPS Austin was very helpful with that. The biggest units we could manage were a 12K plus a 4K HMI on a condor for some night shots.”

“On the camera side, I was glad to get a set of Zeiss Master Primes, which were perfect for this movie because of their speed and relatively low weight. They perform very well when shooting at a full open stop, which was a necessity for me in many situations, especially in wide shots. The ARRI ALEXA, which has served me very well on many prior productions, was  the perfect camera with its latitude and great performance in low light.”

You can catch The Honor Farm this week at South by Southwest right here in Austin! You can also see Matthias’ other film Infinity Baby also screening this week at SXSW!